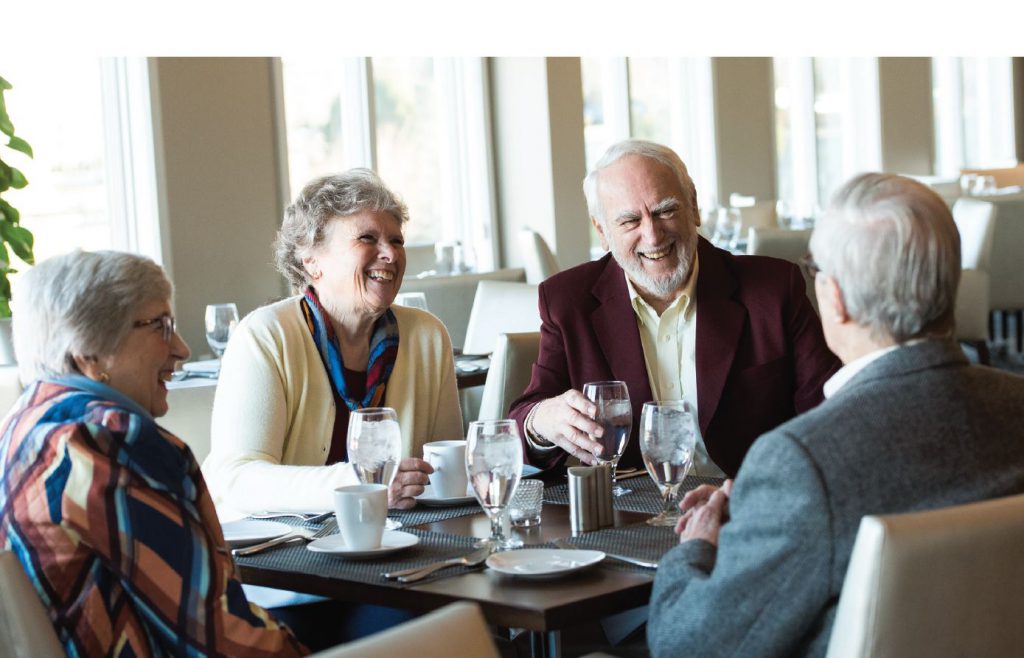 What does Willow Valley Communities mean when we say “Life Lived Forward”? Put simply, it’s our philosophy about senior living and retirement. But what, exactly, does a life lived forward look like?

Senior life and retirement can be one of the most exciting and fulfilling times of life. The time after retiring from paid work does not mean retiring from life. Retirement is really one of the few times in your life when you are free to pursue your passions — either by discovering new ones or by delving back into passions that you’ve had to put on hold because of family or work obligations. It’s one of the few times of life where you can do exactly what you want to do, when you want to do it.

Resident Armand Weller knows exactly what this is about and has enthusiastically adopted the philosophy of Life Lived Forward at Willow Valley Communities.

Armand, originally from Boyertown, PA, attended the Lancaster Seminary. In 1994, he and his wife, Barb, a constitutional law attorney, moved to Florida because Armand had become a pastor at a church near Clearwater. The Wellers have three grown daughters.

After a fulfilling career in Florida, Armand retired in 2012. It was then that he and Barb decided to move to Willow Valley Communities. The Wellers were ready to leave the Florida heat, as well as the threat of hurricanes that was often looming. They also missed the seasons; Barb especially missed snow. The Wellers say that another part of their decision to move to Lancaster County was simply because of how beautiful it is.

However, Armand was a little apprehensive about his retirement. He recalls going on two week-long vacations with his wife and recalling that after those two weeks he was, in his words, “going crazy.” “My big fear,” he said, “was what was going to happen once I retire? Am I going to go crazy after two weeks?” Armand was afraid if he didn’t have job responsibilities that he had to return to, then he would have nothing to do.

But Armand needn’t have worried. He discovered something about himself once he retired and moved to Willow Valley Communities. Once the pre-retirement pressure of having to be somewhere or having to do something was removed, he felt he could pick and choose whatever he wanted to do. It was very freeing. Armand, who loves meeting new people, decided to become a regular volunteer at the Willow Valley Communities Welcome Center, where there is a steady stream of visitors whom he warmly greets on their way to meet with sales counselors or tour the campus.

And it was during one of his Welcome Center shifts when Armand was asked to join a photo shoot session that was taking place for Willow Valley Communities’ advertising materials. As he joined the group of professional models waiting for the next shot, he struck up a conversation with them and they asked him which modeling agency he was from. “Oh no,” Armand said. “I’m a Willow Valley Communities Resident.” When Armand returned home that evening, he and Barb chuckled about the misunderstanding. They also laughed with one of their daughters, who happened to call that evening, that her father was mistaken for a professional model.

After they finished laughing, Barb and her daughter thought about it and they challenged Armand. “Why don’t you try it? Why don’t you just see what happens?

Just for the fun of it,” they said. And so, Armand called the modeling agency, made an appointment for an audition, and two months later he was at his first professional modeling job shooting a commercial at Baltimore’s Inner Harbor.

Since then, Armand has appeared in other commercials, a documentary, brochures, and advertisements. He picks and chooses which jobs he wants to audition for and regularly travels to Philadelphia, Baltimore, and the Washington, D.C. area because they are so easy to get to from Willow Valley Communities. 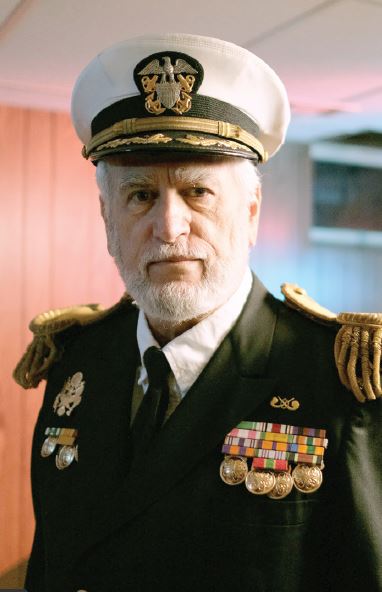 Armand enjoys seeing the production process. And as he did on that first photo session, he still enjoys meeting the other models and getting to know them in between takes. But now, when they ask him what agency he is from, he has an answer.

Armand reflects, “The nice thing about retirement for me is that you have so much time to do stuff that you couldn’t do before.” Armand had always enjoyed acting in plays and drama through school and during his pastoral career. He’s also written plays and musicals and looks forward to possibly seeing his latest musical, “The Shepherd King,” a musical about King David, produced at a local theater.

Armand’s philosophy about retirement is simple: “Just enjoy it. You have to be open to whatever opportunity might come up. Don’t ever think, ‘Well, I’ve already done stuff. I’m finished doing stuff.’ You’re never finished doing stuff.” He mentions that living at Willow Valley Communities has provided him with the opportunities, as well as the peace of mind, to be able to be open to new pursuits that come his way.

The rest of the Weller family is very proud of Armand and enjoy watching his commercials on YouTube. Barb Weller gets a kick out of casually bringing up his new ‘vocation’ in conversations, “Oh by the way, my husband’s a model.”

But when Barb talks about her husband’s modeling career, what she’s really describing is a life of trying new things, exploring new passions, and being open to new possibilities. A Life Lived Forward at Willow Valley Communities.

Plan to come for a visit and see Willow Valley Communities for yourself. Call us, 877.503.0774 or email info@willowvalley.org and schedule a tour of our award-winning senior living community.