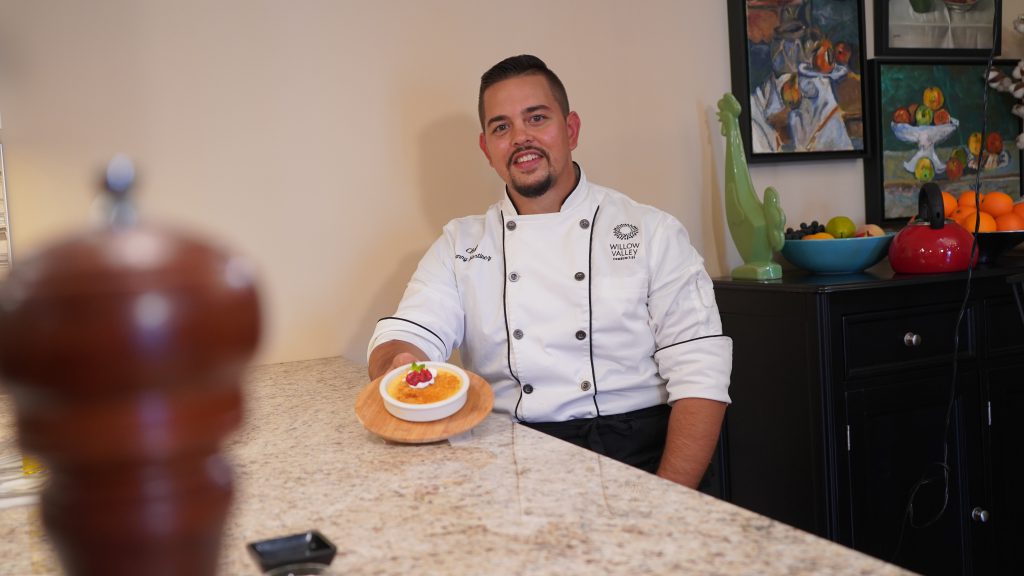 From Our Kitchen To Yours

Chef Manny Martinez has been with Willow Valley Communities for over 8 years and has over16 years of experience in the culinary field. He graduated in the top of his class with Dean’s List honors in 2009 from Yorktowne Business Institute earning his Associates Degree in Specialized Arts. He also received the Michael David Hostetter Memorial Award for Culinary Excellence, the School’s most prestigious award which is given out to just one student every two years.

It was as early as in high school where Manny learned that he could express his creativity through cooking.  “This is where my passion and love for cooking really took flight and I found my passion,” he remembers. Manny adds that it was his father’s love of food and his mother’s strong work ethic that stuck with him throughout his life, directing his career choice. “I believe food does more than just fill our stomachs and give us energy,” he says. “I get the most satisfaction knowing I have an opportunity to create lasting memories and experiences that stretch much further than the dining room table.”