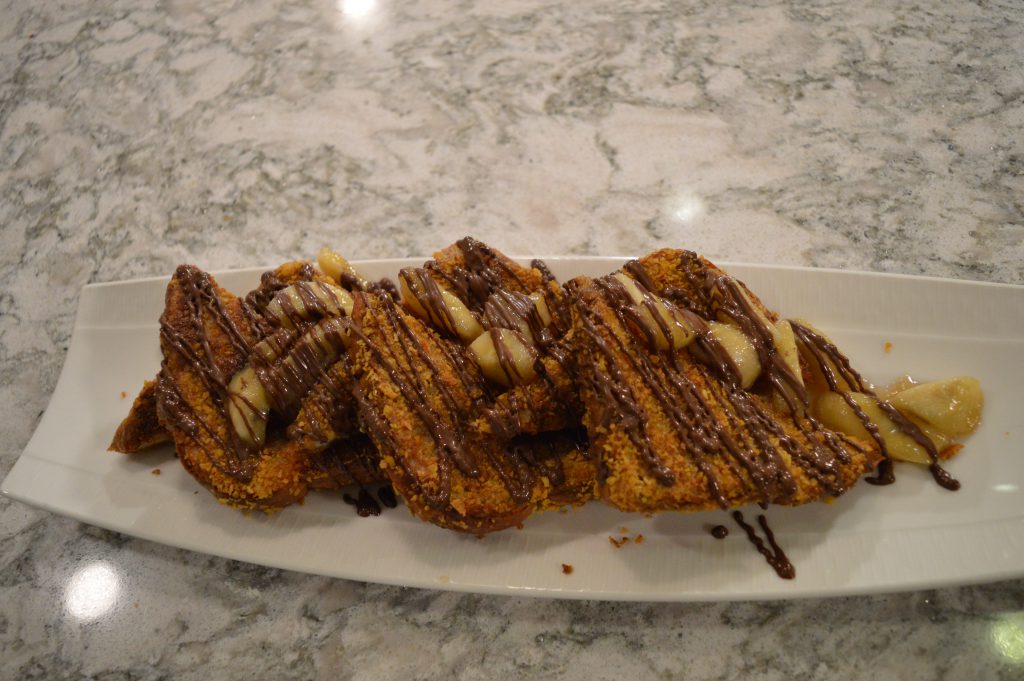 From Our Kitchen To Yours

Catering Chef Fernando Garcia-Aguila effortlessly creates show-stopping recipes at events held at the Cultural Center and Chautauqua Hall at Willow Valley Communities. His repertoire covers a variety of flavors from  Mediterranean to  traditional American and Caribbean dishes, as well as those tried and true from his native Cuba.

As a boy in Cuba, Fernando says food started everything for him and he believes food brings people together and makes them happy. While growing up he cooked for his two younger twin brothers while both of his parents worked. Fernando then attended culinary school in Cuba and started his career at  Hotel  Jagua in the province of Cienfuegos, Cuba. He made his way to the United States and Lancaster and became a U.S. citizen in 2013. Before coming to Willow Valley Communities he worked at Lancaster’s Central Market and Marriott and Hershey hotels. A highlight of his career was working for celebrity Top chef Fabio Viviani in California.

My wish is for you to find a new family favorite in this recipe!  I hope you enjoy this recipe and come up with your own the same way I did. Buen Provecho to you all!