Doing Their Part for Lancaster 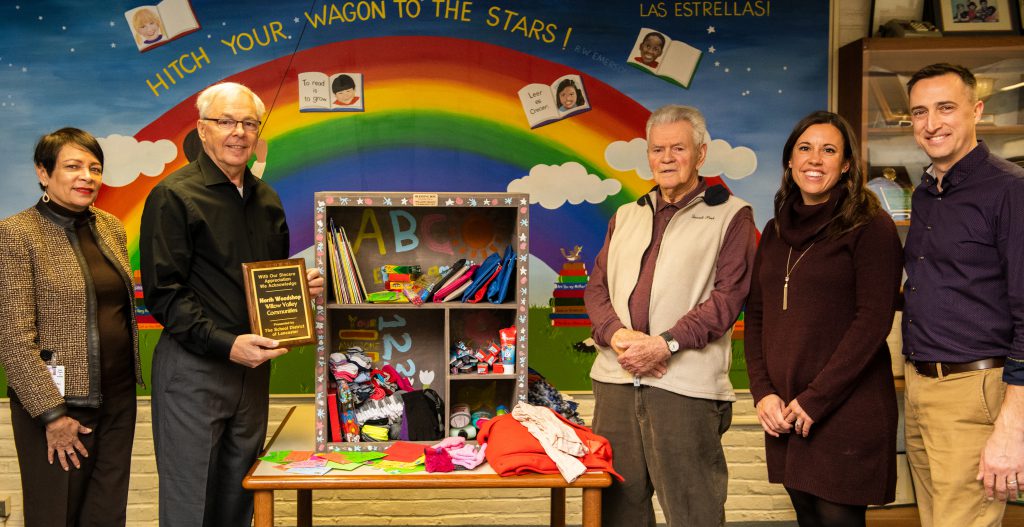 “When you fill another’s bucket, your bucket gets filled.”  —Jessica Pavelko

Blessing Boxes have been popping up all over the country for years. A Blessing Box is a small, often homemade structure in which people leave donated goods for others to pick up anonymously. Typically, located in a common area, people fill them with items, such as clothing, shoes, gloves, non-perishable food, toiletries, or other items, that will help those in need. Lancaster area resident, Jessica Pavelko, loved the idea of Blessing Boxes for the students of the School District of Lancaster. Her husband, Matt, is a music teacher at Carter and MacRae Elementary School in Lancaster city. She saw a definite need for some basic items for the school children there. However, she passionately believed that it would not be enough to simply bless students with a new coat or new school supplies. Rather, in her eyes, it would be just as important to also bless that student with the opportunity to give to someone else in need. This is what she wanted for the children her husband teaches, and also for students in other schools within the School District of Lancaster. That’s when she reached out to Willow Valley Communities and our North community Woodshop. Would they be willing, she asked, to construct Blessing Boxes that could be distributed throughout the district?

The answer of course was a resounding “Yes!” and the members of the North Woodshop quickly got to work.  Willow Valley Communities resident and North Woodshop vice chairman, Bob Goodhart, coordinated the effort along with fellow resident woodshop member, Jim Hockenberry, who really spearheaded the logistics of the building project. The other resident members of the woodshop worked together to complete 16 boxes that are being distributed hroughout the schools.

Willow Valley Communities covered the cost of the building supplies. The boxes are filled with a variety of items like clothing, school supplies, and toiletries along with hand-written notes of love and encouragement for children to take. The Blessing Boxes are set up in common areas within the schools so that they can easily be accessed by students. Students take what they need and give what they can.

Jessica Pavelko was incredibly humbled and touched by the effort of the members of Willow Valley Communities’ North Woodshop. She recently presented the members with a plaque to thank them for their work. The plaque will hang in a special spot in the Willow Valley Communities North Woodshop, where it will be a reminder to all that there are blessings in giving as well as in receiving.

Dr. Damaris Rau, superintendent of the School District of Lancaster, commented during the presentation, “We are so appreciative of the beautiful Blessing Boxes which were carefully crafted by Willow Valley Communities residents in their woodshop. Our students will benefit both from the supplies offered and from filling the boxes to help their peers. A special thank you to Matt and Jessica Pavelko for creating this opportunity for our families.”

At the conclusion of the project, woodshop chairman Bob Goodhart said, “The North Woodshop likes to be able to make contributions for Willow Valley Communities, as well as to the greater Lancaster community beyond us. Working with the School District of Lancaster was the perfect fit. It’s always inspiring to be around the children and do something beneficial for them.”