A Pioneer of the Early Space Program 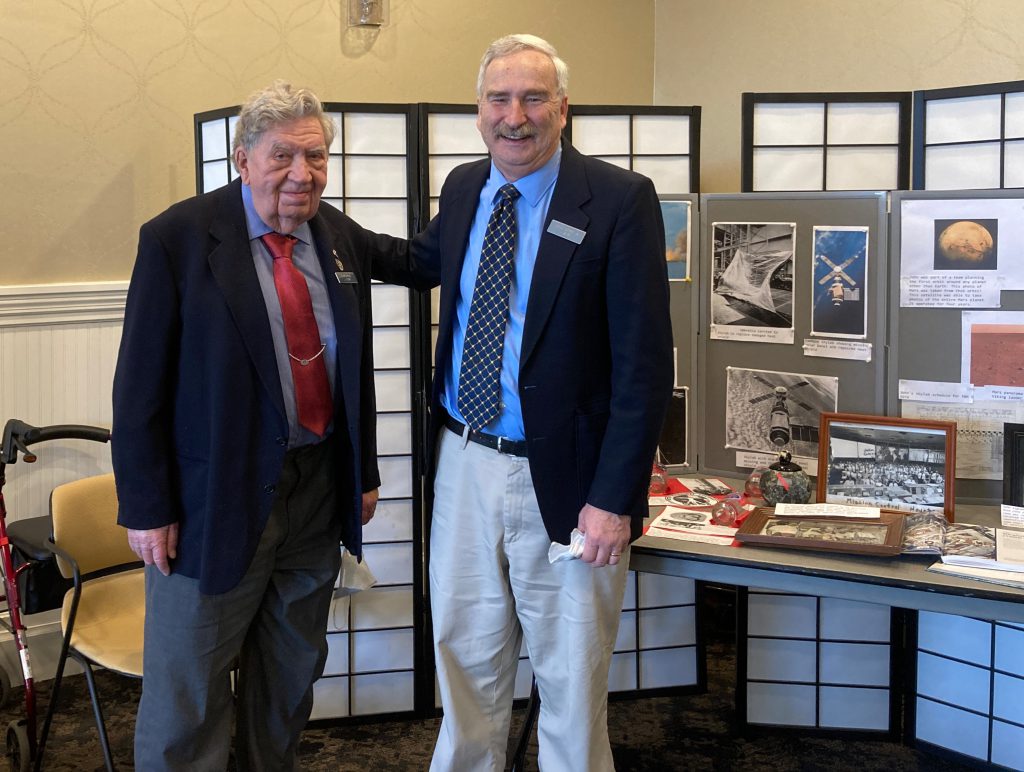 One comment my wife and I hear so much among residents at Willow Valley Communities is “folks leave their careers at the door” when they move here. It is so true. There is no pecking order associated with career or education and everyone is on the same level playing field. However, I love learning about some of the fascinating careers my neighbors have had. You will find doctors, farmers, engineers, ministers, nurses, career military personnel, scientists, secretaries, teachers at every level, and many folks who mainly supported their spouse’s career.

There is a variety of educational programs at Willow Valley Communities where we do try and showcase some of the interesting careers of our residents. Recently, in one of those programs called Second Cup, I interviewed Spring Run resident John Gross about his career in the early US space program. A large crowd showed up for the interview, the photos, and the videos that were presented about John’s career. The audience came out from across the campus, but the turnout from Spring Run was exceptional. Residents love to come out and support their neighbors when they are part of a program.

After spending 6 years in the Air Force as both a mechanic and pilot, John used the GI bill to obtain his degree in aeronautical engineering. His career eventually brought him to be a contractor for NASA where he worked on many of the major aerospace missions – missions that amazed the entire world. In the early 1960’s, John worked on the planning of scores of satellite orbits that included communication, weather, and military satellites.

John’s experience with satellite orbits led to his involvement in the first successful landing on Mars in 1976, which also was the first time a spacecraft had ever orbited a planet, other than the Earth. John also helped schedule over 300 human and scientific experiments on Skylab, the first US space station. John helped develop a self maneuvering backpack astronauts could wear so they could, for the first time, do untethered spacewalks.

Afterwards, residents took the time to view a display with all sorts of photos and artifacts from John’s career and had a chance to chat with John. It was a wonderful opportunity for our residents to learn about the early US space program and honor one of our residents.

Although residents don’t wear their careers on their sleeves, if you ask them, you will probably be rewarded with a great story.

Dale Johnson and his wife, Christine, moved to Willow Valley from Towson, MD in 2015. Dale taught geography at Towson University, while Christine was a director of human relations with McCormick & Co. the international spice company.