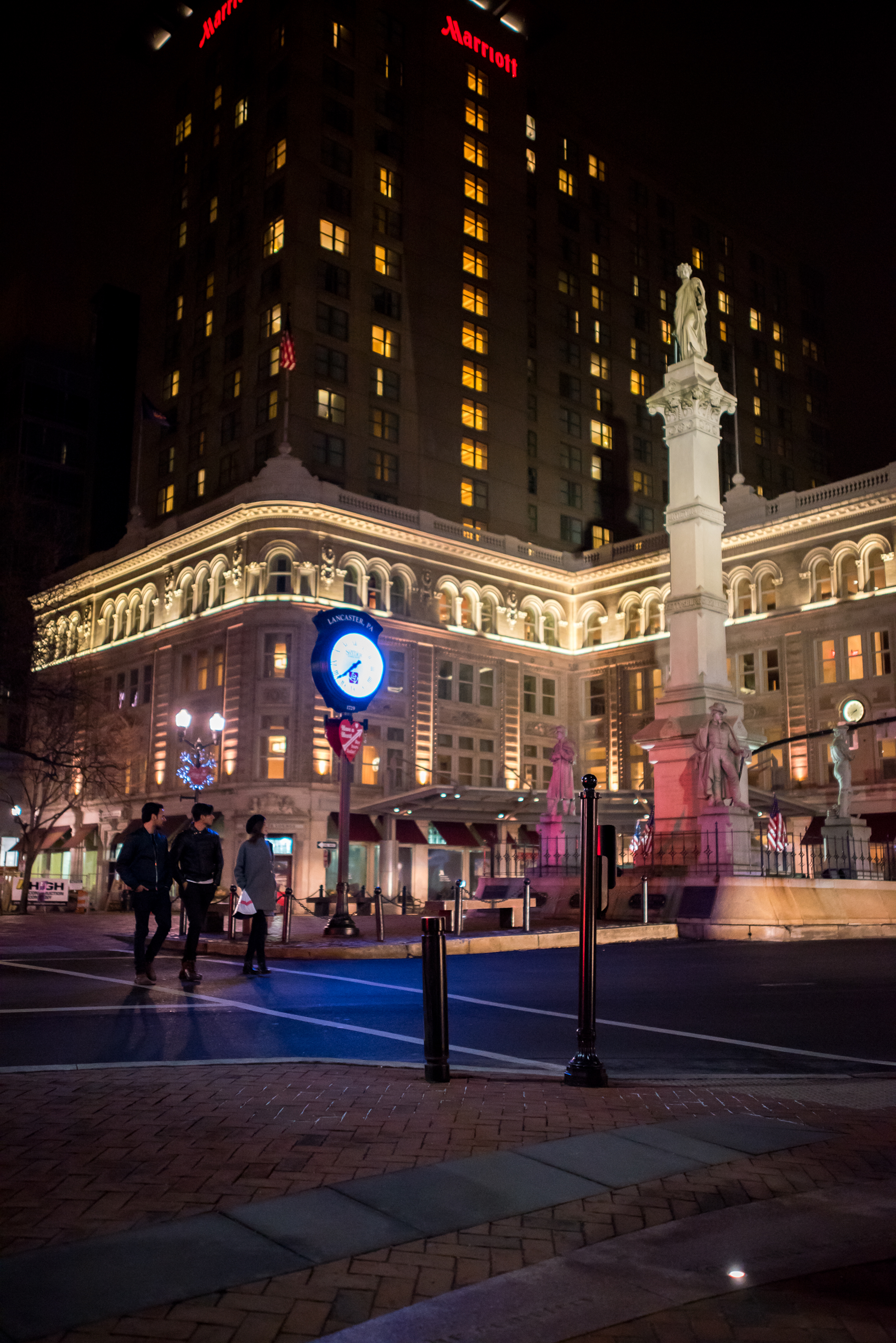 Lately, the rest of the world has been learning what those of us who enjoy Lancaster have known for a very long time: Lancaster, Pennsylvania is a very special place.

Accolades of this great little city abound. U.S. News & World Report recently designated Lancaster as the Best Place to Retire. Forbes Magazine named Lancaster One of the Ten Coolest Cities to Visit. The New York Post has called Lancaster “The New Brooklyn.” And, the New York Daily News says, “Lancaster is Much Cooler than You Think.”

Downtown Lancaster is no stranger to Willow Valley Communities or our Residents. For over three decades, the Residents of Willow Valley Communities — located just three miles outside of downtown Lancaster — have been very familiar with and have indulged in everything senior living that Lancaster, PA has to offer. Our Residents have also given back to the city by getting involved in events and projects and by volunteering.

But still, we were curious: Exactly just what is it about the new, current Lancaster that has made it so deserving of these many recent accolades in the national news? 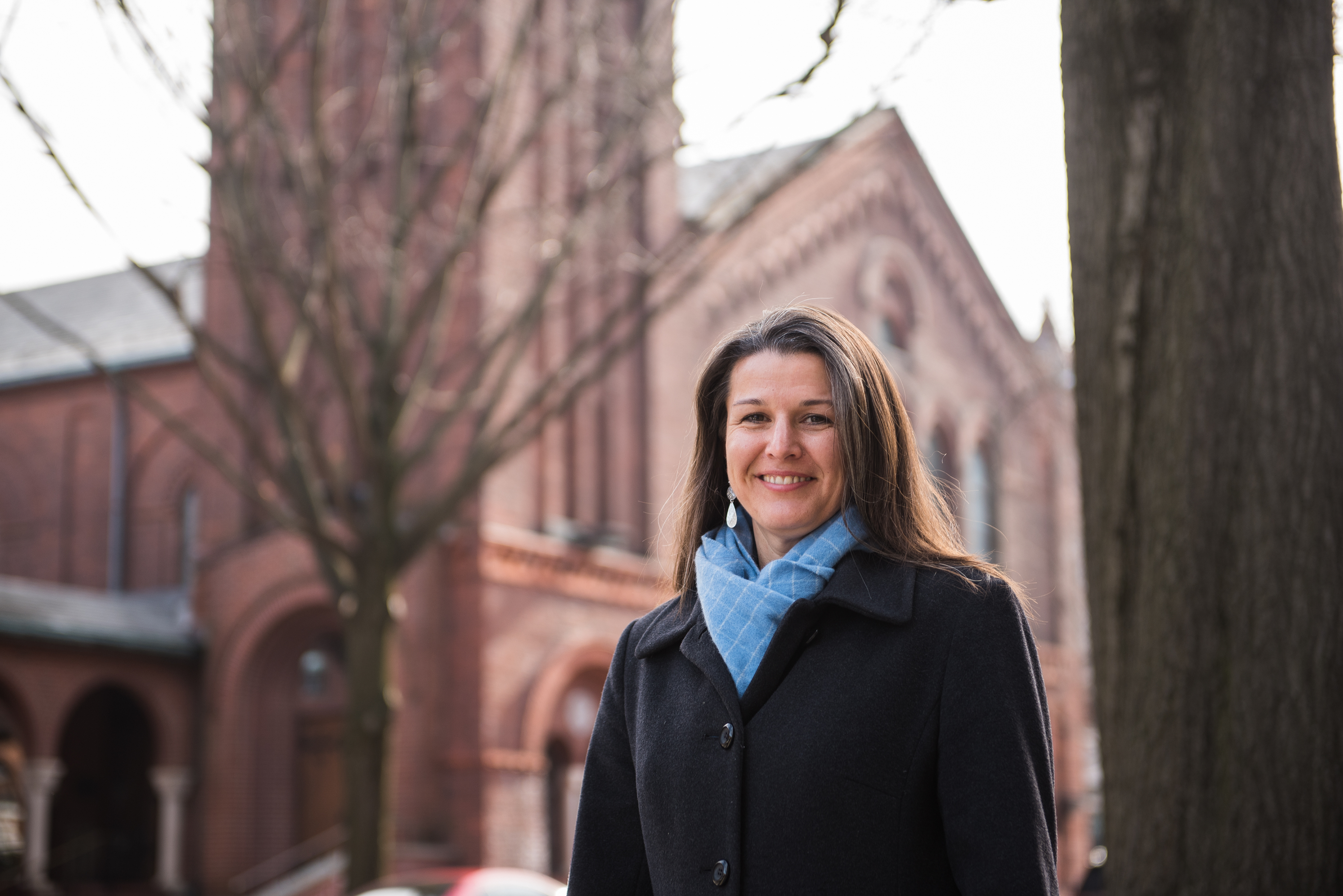 We decided to go straight to the source, Lancaster’s Mayor, Danene Sorace, to have her tell the Lancaster story, in her own words. Mayor Sorace was sworn in January of 2018 as the head of Lancaster City’s executive branch. Before becoming mayor, Sorace served three years on City Council, chairing the finance committee and serving on the public works, economic development, and neighborhood revitalization committees. She previously worked as a self-employed health education consultant and was the former executive director of environmental advocacy group, LIVE Green. She was born in northeastern Pennsylvania, and remained in Pennsylvania for part of her childhood before moving to mid-state New Jersey. She moved to Lancaster in 2007. She and her husband, Christian Recknagel, have a 12-year-old daughter, Aurelia.

Mayor Sorace is passionate about Lancaster and all it has to offer. She’s also excited about its future. We wanted to get her thoughts on the city’s uniqueness, its recent renaissance, and why, lately, there’s been so much about Lancaster in the national news. So, this past December, she welcomed Willow Valley Communities’ chief marketing officer, Brian T. Rutter, to her office for a conversation about these topics – and more.

Her explanation was straightforward. Mayor Sorace explained, “There’s this historical charm that meets the kind of attributes people are looking for in a city environment. That’s why we’ve been popping up. People come here and say, ‘Wow – what’s this?!’” 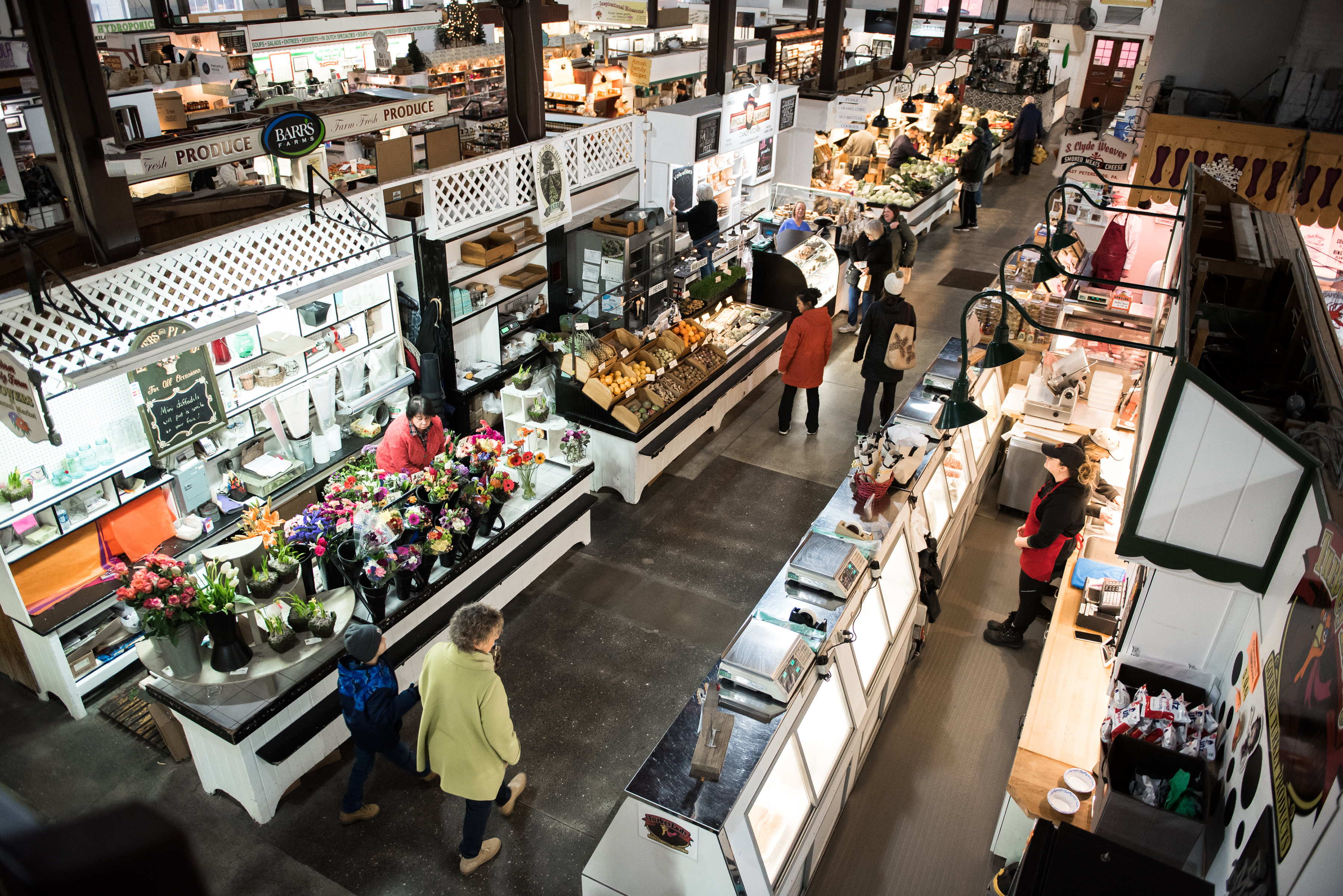 BR: Mayor Sorace, what is the “What’s this?” of Lancaster?

MS: I think it’s a confluence of the historical nature of our city and the fact that we have preserved so much of the historical place of our city. I think it’s also because of some of the core values of what Lancaster is. There are more connections to the agricultural community now — before there were five or six public markets throughout the city. There was just an article that said there are some 90 restaurants in Lancaster. I see that new iteration of that food focus as being our restaurants. If you go to these restaurants you will see that they are locally sourced. They will list on the blackboard or in the menu where their fruits, vegetables, meats, and cheeses are coming from. I think that’s a pretty unique ecosystem to be living and working in because it has a connection to our history and it’s an updated version of our food system.

Also, what’s happening at Southern Market — the idea that it’s becoming a food incubator space with a commercial kitchen and a way to utilize and reconnect that building to its (19th century) past.

BR: What else attracts visitors to Lancaster? 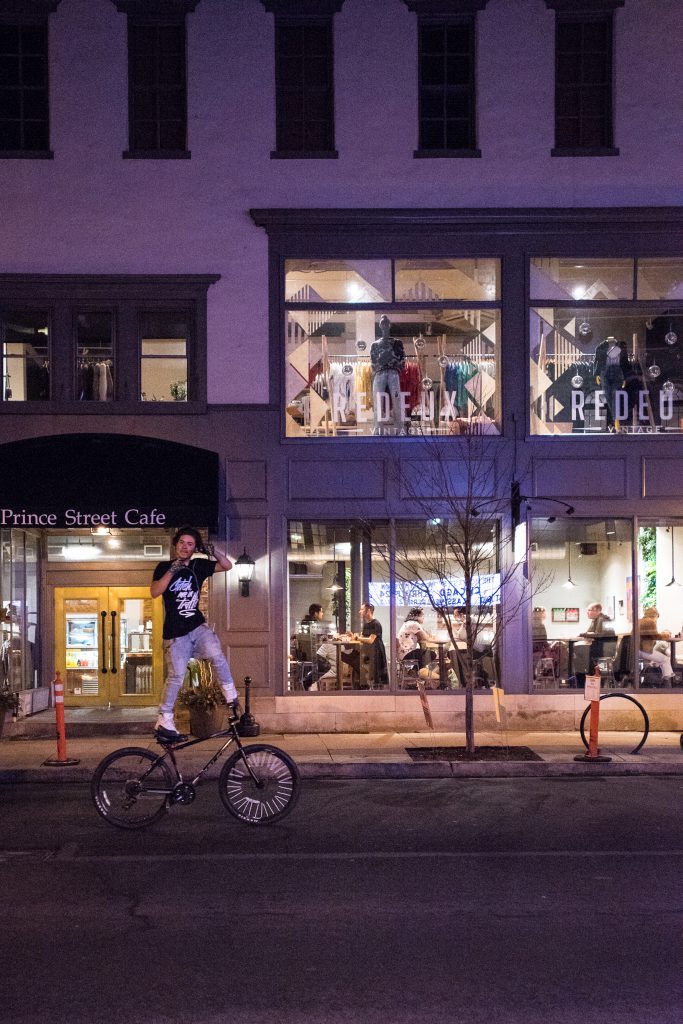 MS: Lancaster is just easy. We are a small city. It’s not complicated to come here. You can get on a train and there are multiple ways you can get from the train station to downtown in less than ten minutes. It’s affordable and you can have the experience of exploring on foot or on a bike. This is a very walkable city.

But, at the same time, Lancaster also meets all the things that people look for in a city environment. For example, Lancaster’s unique arts scene and the many cultural opportunities are reasons why Lancaster receives the attention that it gets. There is a recent heightened curiosity about urban environments and that’s why a little bit of buzz around the city has increased. I think people are surprised.

Lancaster is comfortable. It’s a little bit unexpected and it’s very affordable in contrast to New York, Philly (Philadelphia), and Baltimore. It’s also an easy place for a getaway weekend.

Plus, food goes with beverages, and the beer scene is burgeoning. There are a lot of local beer and spirits being made here as well.

We have a lot of independently owned stores and there’s a unique flavor about what is curated in our retail (shops). 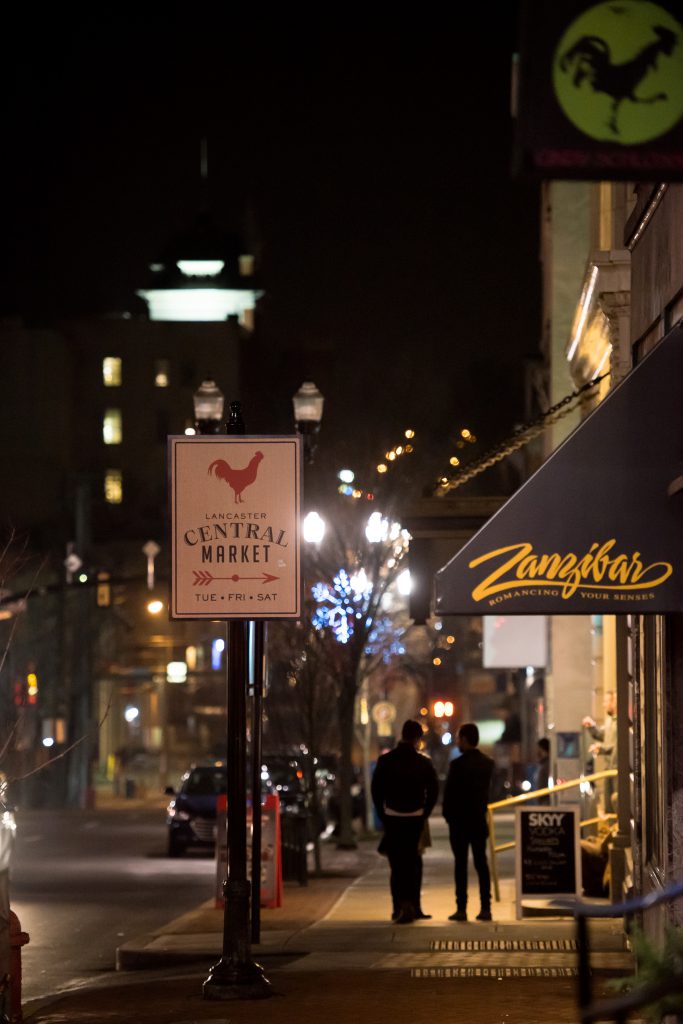 BR: What progress are we making in changing people’s perception that Lancaster is only about the Amish?

MS: When I talk to people about Lancaster, they all have memories. They all recall coming to Lancaster and coming to Dutch Wonderland and the outlets as a kid. That’s their version of Lancaster.

Now people come here and they still have connections to Dutch Wonderland and the outlets and they still want to bring their families here for that. We still get that draw, but I honestly think now people’s appetite is for exploring an urban environment and that’s what the little bit of buzz about Lancaster has been about: exploring the city. I think that is also reflected in some of the demographics shifts that we are seeing nationally in terms of the growth in the urban centers.

BR: What are the signs of growth that you are seeing in Lancaster?

MS: We have seen a sustained number of building permits in both residential and commercial over the last decade increasing; we have seen an increase in the number of employers moving their operations into downtown Lancaster. The Fulton Bank expansion, Cargas — now moving into the heart of downtown, Woodstream relocating its corporate headquarters from Lititz to Lancaster. There are others as well.

We’ve also had Baby Boomers who are downsizing and moving back into the city; those who may have lived here when they were younger, or have grown up here are moving back.

We have the age-friendly designation from the World Health Organization. That is something we continue to be committed to.

People are thinking about urban living and the many benefits and amenities of urban life.

BR: What do you see in the arts scene in Lancaster? 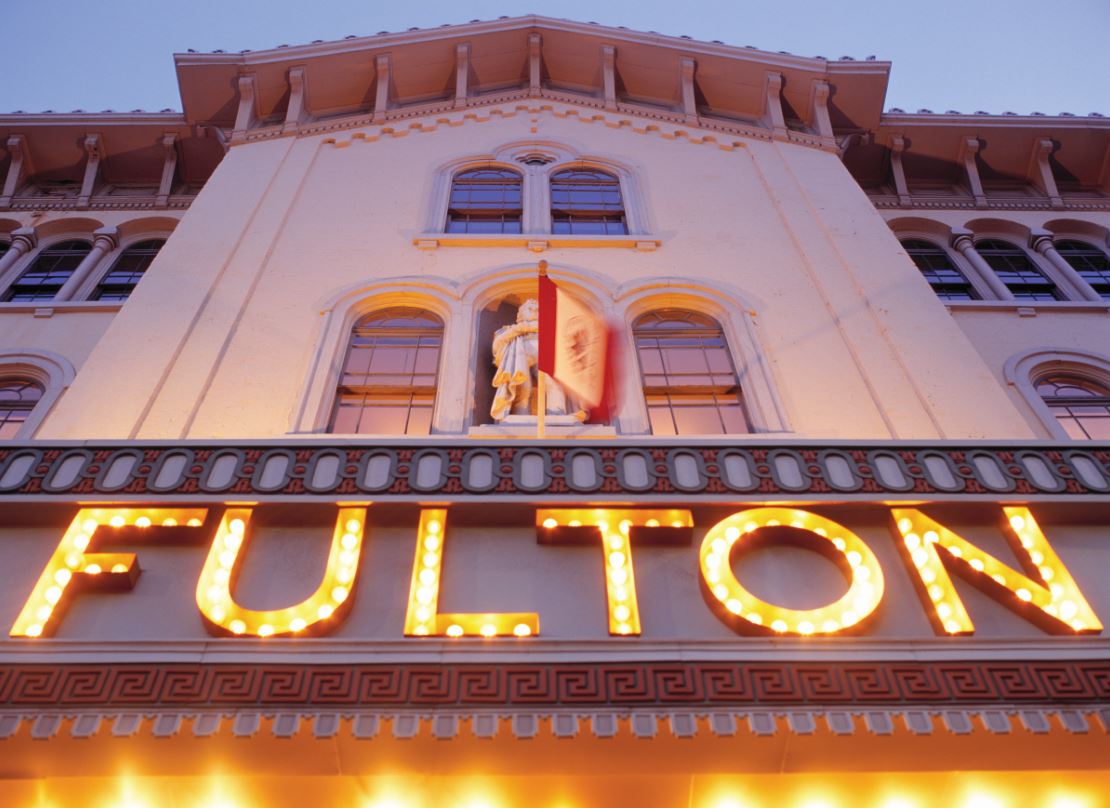 MS: The arts will continue to be a core component of our downtown. I think that will continue unbridled, especially when I see what is happening at the Fulton Theatre and PRiMA now having its own space (once nomadic, PRiMA Theatre recently moved to a new home at Wheatland Place on the northwest side of the city).

I think there is a commitment to the arts in this community that runs very deep and that certainly was part of our city’s new renaissance. The new city, if you will.

BR: What is your vision for tomorrow’s Lancaster?

When I think about the city — even from the 1730s — there have been decades of decline and decades of success. Historically, it’s been this ebb and flow. You can walk around the city and see that first wave in the Fulton Theatre and (Franklin & Marshall College’s) Old Main that were constructed at about the same period. Many houses — beautiful homes that were constructed in the late 1800’s — including mine. I think about those periods of time of boom and I recognize that those times don’t last forever. We recede, we move forward. But the infrastructure that we’re building today and the intention about connecting it to our history makes us relevant for the future and sustainable as a community.

BR: And finally, Mayor Sorace, if you were talking to someone who doesn’t really know today’s Lancaster — whether they are in Lancaster County’s Manheim Township or downtown Manhattan, what would you say?

MS: Come take a walk. Lancaster is not what you think it is. It’s much more.

Experience Lancaster For Yourself

Willow Valley Communities is just minutes away from the engaging energy of the historic city of Lancaster with its thriving arts and culinary opportunities. Please give us a call and plan to come for a visit, 877.503.0774. Or fill out our contact form and we’ll send you more information. We’d be happy to show you around our thriving senior-living community and our beautiful city.